Grounds for Impeachment- Michelle Obama Is A Transvestite!

WOW we have penis houston

“Michelle Obama, First Lady of the United States, was born Michael LaVaughn Robinson in Chicago, Illinois on January 17th, 1964. He was the second son born to Fraser Robinson III, a well known cocaine dealer and union thug for Crime Lord/Mayor Richard J. Daley, and Marian Shields Robinson, a transient street prostitute who was diagnosed with the HIV virus in 1998. He was a popular high school athlete and in 1982, he accepted a scholarship to play middle linebacker for the Oregon State Beavers.

After finishing a respectable rookie season with 88 tackles and 7.5 sacks, he suddenly dropped out of the school. Fellow teammates observed that Robinson could regularly be heard lamenting over how he is a “woman trapped inside a man’s body”, and on January 13th, 1983, he underwent sex reassignment surgery at Johns Hopkins University School of Medicine. To hide the shame of his new identity, Michael left Oregon State to attend Princeton University under his new legal name, “Michelle Robinson”. Years later, he met Barry Obama Jr. a Kenyan immigrant who later became aware of “Michelle’s” true identity. They subsequently married and adopted two children.”
OH hold me back!! 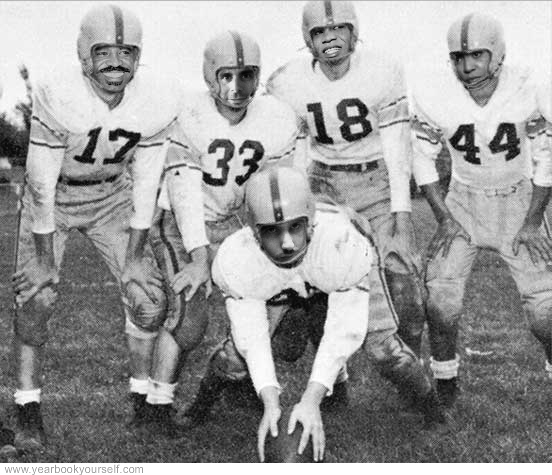 Well ladies and gentlemen, you heard it here first at Christwire, our “First Lady” is actually the First Man. Even more startling, Barack Obama knows that his wife was once a man, making him the first homogay President of our Christian nation. I’ve examined the evidence carefully, as has the team of researchers here at Christwire. We now have multiple sources to back this story up. We have also consulted medical experts who have carefully analyzed “her” anatomy, finding that her broad shoulders and pointed jaw line are consistent with that of a male… more specifically a male football player. It would not be the first time a transsexual has risen to prominence (see Lady Gaga).